A STABLE FOR NIGHTMARES

ABOUT thirty years ago I was selected by two rich old maids to visit a property in that part of Lancashire which lies near the famous forest of Pendle, with which Mr. Ainsworth’s “Lancashire Witches” has made us so pleasantly familiar. My business was to make partition of a small property, including a house and demesne to which they had, a long time before, succeeded as coheiresses.
The last forty miles of my journey I was obliged to post, chiefly by cross-roads, little known, and less frequented, and presenting scenery often extremely interesting and pretty. The picturesqueness of the landscape was enhanced by the season, the beginning of September, at which I was travelling.
I had never been in this part of the world before; I am told it is now a great deal less wild, and, consequently, less beautiful.

„A STABLE FOR NIGHTMARES” értékelése elsőként Kilépés a válaszból 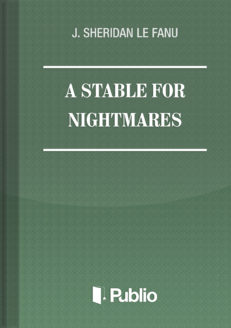