There was a huge civil demonstration in a city. Miss Jennifer Jetkins, the heroine in the story, like many others, protested on the streets of her home town against government plans to raise taxes and cut public spending. The main march organized by an NGO passed off peacefully. But small groups of crowds damaged many parked cars and smashed shop windows. Following the demonstration, the police have arrested several persons, including a human rights activist, Amanda Atkins, and an EMO girl, Camilla Collins. The court found them guilty. What happened after that, we can know from this unusual story. With the behavior of three different personalities, we can gain an insight into the exciting world of judicial corporal punishment. 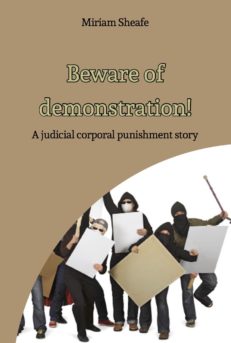