Tales of Fantasy and Fact (ekönyv)

“Ship ahoy!”There was an answer from our bark—for such it seemed to me by this time—but I could not make out the words.”Where do you hail from?” was the next question.I strained my ears to catch the response, being naturally anxious to know whence I had come.”From the City of Destruction!” was what I thought I heard; and I confess that it surprised me not a little.”Where are you bound?” was asked in turn.Again I listened with intensest interest, and again did the reply astonish me greatly.”Ultima Thule!” was the answer from our boat, and the voice of the man who answered was deep and melancholy.Then I knew that I had set out strange countries for to see, and that I was all unequipped for so distant a voyage. Thule I knew, or at least I had heard of the king who reigned there once and who cast his goblet into the sea. But Ultima Thule! was not that beyond the uttermost borders of the earth? 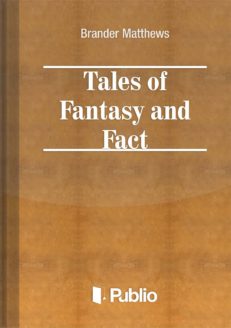