The Centre of the World (ekönyv)

A book made out of love The Centre of the World book collection was the result of four generations’ efforts. The books focus on the 85 year old journalist who takes the reader back to the peasant’s life of the Hungarian plains int he 1930s and 1940s, from the viewpoint of the author’s father and his contemporaries. These stories were originally published in newspapers 45-50 years ago, but thanks to the author’s friends, former colleagues and son, they were moved from old newspapers into books form and were published. The fact that these brief insights into the Hungarian peasantry can be also read in English is due to the efforts of the fourth generation, the author’s grandson who attempted to transfer the unique style of the depicted world into an English format. This e-book is the electronic version of the miniature book collection published for the occasion of Béla Zelei, Sr.’s (1931-2018) 85th birthday in 2015, originally released both in Hungarian and English. The originaly Hungarian texts are also available in e-book format.

„The Centre of the World (ekönyv)” értékelése elsőként Kilépés a válaszból 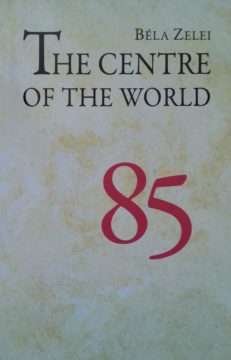